With Version 1.5.2, NCover introduced a Attribute-Based Type Exclusion. It works, but not as I expected.

I normally use NCover together with my test code. When I have a class to test that throws an exception the test function is not covered completely. 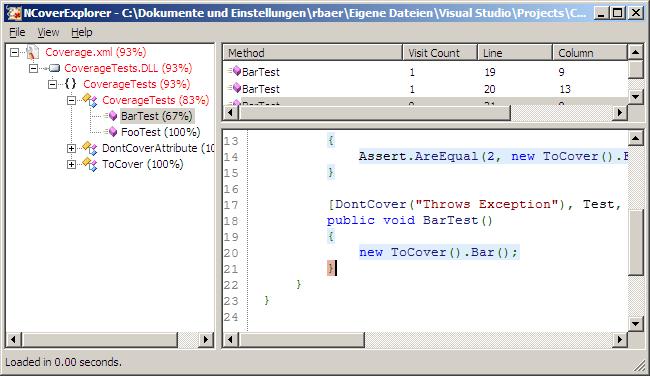 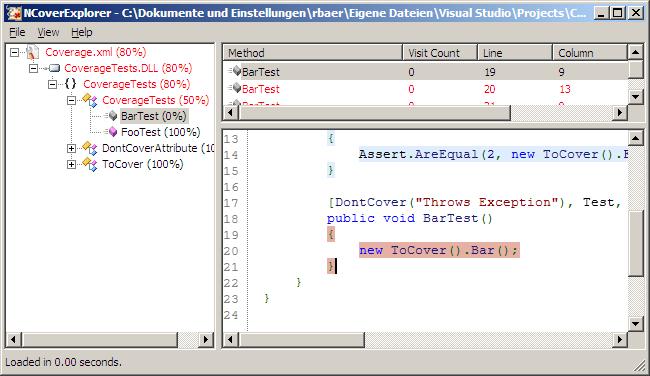 So instead of having a higher code coverage I have a lower code coverage. Not the result I was expecting from this feature.
But maybe this will change in the future. I keep watching…