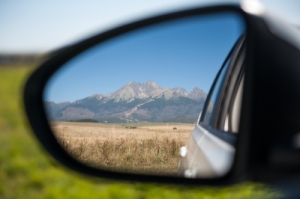 I proudly present to you the sixth in a infinite number of posts of “Slippery When Wet.” In these posts I show you a little bastard I stumbled on.

Recently, I tried to work on a XmlDocument with XPath in C#. To get the right expressions easily I used the XML Spy from Altova. As soon as I got the right XPath expressions I started Visual Studio to work in my .NET Application. But here, the only expression that worked was „/*“. According to the .NET Documentation the expressions should work, but they didn’t.

So I tried another XML file, one from the examples in the .NET Documentation of XPath. And with this file the (corresponding) expressions worked as expected. So I searched the difference of the two XML files. After a short time I found the relevant difference: The file that worked had no namespace defined, whereas the non-working file had two namespaces. One namespace with a prefix (xmlns:prefix=“URI“) and a default namespaces (xmlns=“URI“).

As I got the reason for my problem I had to look for a solution. A little bit of googling brought me the solution. I had to add the default namespace to the NamespaceManager with a prefix and then use the XPath expressions with the defined prefix.

With the added prefix for the default namespace my XPath expressions worked as expected.